It’s September! Back to school time! Kids have returned from summer trips visiting family, week or month-long stays at summer camp, and sleepovers with friends. With the return to routine and school, I find it a good time to go over important statistics and facts about child sexual abuse. Don’t stop reading. This is important stuff that WILL impact you or someone you love. 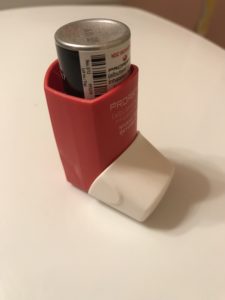 Do you know what the most common chronic childhood disease is? Asthma. We all know someone with asthma. We’re all familiar with the signs & symptoms of the disease: wheezing, coughing, shortness of breath, chest tightness, and need for an inhaler. In the United States, 8% of children have asthma. I think most of us would know an asthma attack if we saw one. School nurses and teachers know what it looks like. They even correctly “diagnose” kids and send them home with the parent and a comment to “Take him to the doctor. I think he’s having an asthma attack.”

Why is this important information? Because we as parents/friends/neighbors/teachers/ principals need to know how to look for the signs & symptoms. Know how to react. Know how to BELIEVE. Know how to help. If you saw a kid wheezing, clutching his chest, and gasping for air, would you say, “I think you’re faking!”? Of course not! So why would you say to a child who is frightened, depressed, and crying out that he’s been sexually abused, “I can’t imagine that happened!” Research has shown only 4-8% of child sexual abuse reports are fabricated and most of those fabricated reports are made by adults in custody disputes or teenagers2. Young kids don’t make this stuff up—the details, the sensations, the pain, the fear, the anxiety, the shame, and the guilt. TRUST THE KID. This is so important. And then, TRUST THE JUSTICE SYSTEM. I work with fantastic law enforcement agencies, detectives, and prosecutors on a weekly basis. They do not just hear an outcry and go arrest people. “Innocent until proven guilty” absolutely applies in these serious cases. The detectives are sorting through all the witness statements, victim outcries, forensic interviews, CPS investigations, accused perpetrator’s statements, and evidence. Surprisingly, arrests are made in only 29% of child sexual abuse cases, but the conviction rate is extremely high at over 80-90%5 thanks to experienced and passionate prosecutors like those in McLennan County’s District Attorney office.

Let me emphasize again the myths of child sexual abuse that everyone should know and dismiss from their minds:

Why do I emphasize these points? Because in the last few months of medical exams I performed at the Advocacy Center, the following types of people were named as perpetrators of child sexual abuse: father, teen friend, teen neighbor, adult neighbor, grandfather, mother’s boyfriend, teenage cousin, adult cousin, brother, stepbrother, school friend. Every single one was a family member or someone the family trusted and many were juvenile offenders. The survivors ranged from age 3 to 16 years old. Not one in the past few months had “evidence” of penetrating injury on genital exam. My own statistics show only 10% of my medical exams have definitive evidence of penetrating trauma/contact/injury to the genitals.

Click here to read about signs and symptoms of child sexual abuse.

Click here for how to react when a child discloses sexual abuse.

Thank you, and as always, empower your kids and stay safe!

Disclaimer: The information contained on this website/blog is for informational purposes only and should not be used to replace the relationship that exists between you and your pediatrician or doctor. Please contact your doctor for medical advice and/or treatment recommendations specific to your child.

Give to help victims of abuse

In crisis or have an emergency?