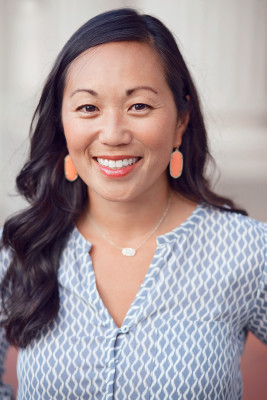 Dr. Soo Battle is a board-certified, licensed pediatrician who works at the Advocacy Center for Crime Victims & Children (ACCVC) in Waco, Texas. Raised in Austin, Texas, she graduated from Westlake High School and then The University of Texas at Austin with a Bachelor’s degree in the Plan II Liberal Arts Honors Program. She earned her Medical Doctorate from The University of Texas Medical Branch in Galveston in 2000. She is a Fellow of the American Academy of Pediatrics and a member of the Texas Pediatric Society and the American Professional Society on the Abuse of Children. Dr. Battle is Board Certified by the American Board of Pediatrics.

In 2008, she became involved in the local Advocacy Center for Crime Victims & Children, a non-profit organization that promotes healing for children and adults who are victims of crime. She served on the agency’s Board of Directors from 2008-2012. In December 2015, she started working as the Child Sexual Abuse Examiner at the ACCVC and currently performs medical examinations for children who allege sexual abuse. She became the Medical Advisor at the agency in December 2018. She has served on numerous boards throughout the community and has been involved in various nonprofits and organizations including The Junior League of Waco, Providence Foundation, McLennan County Medical Alliance, First Methodist Waco, and the Waco Foundation.

A recognized and well-respected child advocate in Central Texas, Dr. Battle has made it her mission to educate children and parents about the issue of child sexual abuse. Her to-the-point, humorous, and age-appropriate way of engaging children of all ages has made her a sought-after speaker in Central Texas. Because of her popular classes, she is affectionately known around town as “Dr. Soo” or “the private parts doctor” to local attendees of her sessions. As a mother of two and as a medical professional, she has the unique benefit of knowing how to interact with both children and parents in a nonthreatening, warm, and caring manner while offering her medical and professional expertise at the same time.